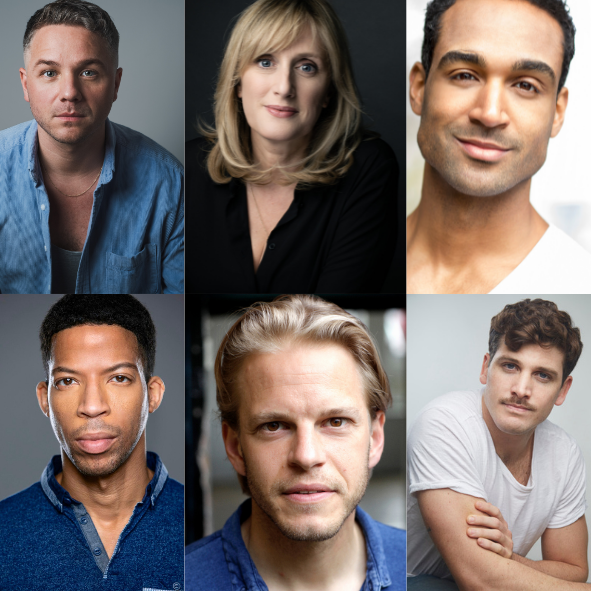 The newly announced cast members will take to the stage alongside Olivier award-winning and Tony award-nominated Jenna Russell (Piaf, Nottingham Playhouse and Leeds Playhouse; Guys and Dolls, Piccadilly Theatre; Sunday In The Park With George, Wyndham’s Theatre) and Holby City’s David Ames (The Killing Moon, Theatre 503; The Temperamentals, Greenwich Theatre and Wild Oats Productions, Moonfleece, Riverside Studios and UK Tour) in Mark Gerrard’s cutting comedy that was heralded as The New York Times’ Critic’s Pick when it ran in New York in 2015.

Reid commented, As if being back in London isn’t incredible enough, I get to come and work with a dynamite team on the inaugural production at Seven Dials Playhouse. Mark Gerrard’s genius piece of theatre, Steve, is both side-splitting and heart-breaking in equal measure. We invite the audience to explore the evolutionary nuances of gay relationships while tackling friendship, fatherhood, shame, and loss and throw in a bunch of musical theatre references for good measure. What’s not to love!?

Keates commented, We couldn’t have assembled a finer cast to serve the European premiere of Steve by Mark Gerrard. Our rehearsal room will be a diverse playground filled with exquisitely talented actors synonymous with world class Musical Theatre and vital, groundbreaking LGBTQ+ productions. Frankly, it’s an honour to be their director and set the tone for the work and artists to be expected at the new Seven Dials Playhouse. This production is dedicated to the memory of Stephen Sondheim.

Seven Dials Playhouse will announce the organisation’s debut Associated Programme responding directly to the themes of Steve later in January. The Associated will include Sondheim workshops, LGBTQ+-focused events, an ‘in conversation with’ series, a cabaret programme and much more.