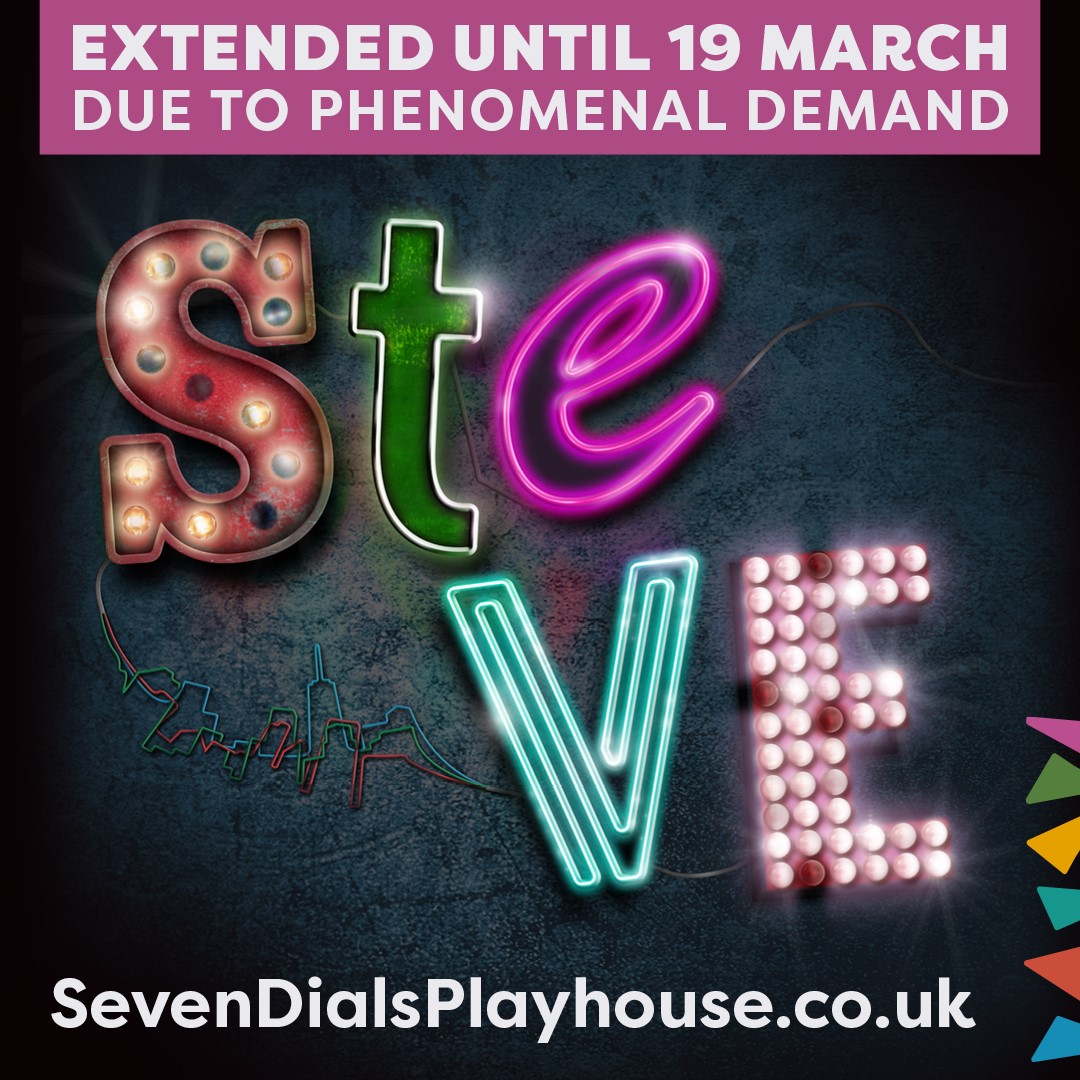 Heartfelt, hysterical, and sharp-witted comedy, Steve has been extended until 19th March 2022 due to popular demand.  Marking the launch of this exciting new venue in Covent Garden, the long-awaited European premiere will run in London’s West End for two extra weeks this February.

David Ames, who will play Steven, commented I am ridiculously excited to start working on this poignant, moving and hilarious script alongside Jenna Russell with such talented director and crew.

Jenna Russell commented I’m thrilled we’re going to be extending our run of Steve, it’s such a gorgeous and hilarious study of friendship, modern families, loss, and Sondheim. I really hope you can join us - bring your best mates, and some tissues!

Written by Mark Gerard, Steve invites its audience to join a group of middle-aged LGBTQ+ New Yorkers as they reflect on mortality, monogamy and musicals; with a Sondheim reference for every eventuality.  Seven Dials Playhouse’s production will offer audiences the option to book on-stage cabaret tables and indulge in themed cocktails throughout, in order to join the characters on-stage in a more intimate way.

Mitchell Reeve, Executive Creative Producer, commented I am thrilled with the response we have received from audiences who are booking tickets so far in advance to catch the European Premiere of Steve and I am delighted that we are able to extend the opportunity for more audiences to join us in our Manhattan Piano Bar next year.

Seven Dials Playhouse is the West End’s home for the development of professional theatre and artists.  It seeks to provide opportunities for people to collaborate on bold, creative and high quality work while providing journeys of enlightenment and entertainment for artists and audiences alike.